The Lo Shu Square is an ancient tool that was used for divination by ancient Daoist masters. It is not something you will directly apply while improving the feng shui of your home or office, but rather a theoretical, or conceptual aspect to help understand the development of feng shui.

The bagua as we know it evolved from the Lo Shu square, so it might be good to understand its roots and wisdom. The Lo (Luo) Shu Square, sometimes called the Magic Square, is also at the root of ancient feng shui astrology, the flying star school Xuan Kong, as well as the I-Ching, of course.

As the story goes, an ancient Daoist master derived the wisdom of the magic square from the patterns on the back of the turtle. By reading those patterns he saw a deeper pattern of natural rhythms or laws of the Universe as expressed in the Lo Shu square.

There are several slightly different stories about different masters, the more popular one is about the Emperor Yu walking along the river Lo (thus Lo Shu Square is translated as the Scroll of River Lo). This legend dates to 650 BC, the times of great floods in China.

The turtle that emerged from the river had an unusual 3 x 3 pattern on its shell which later became the basis of the Lo Shu Square, a mathematical grid where the sum of numbers from each row, column, or diagonal is the same.

Basically, no matter which direction you add the numbers—horizontal, vertical, or diagonal—they always add up to 15. Number 15 is considered a powerful number because it corresponds to the number of days in each of the 24 cycles of the Chinese solar year. In other words, it is the number of days in the cycle from the new moon to the full moon.

The odd numbers are considered of Yang quality, and the even numbers carry Yin energy. In the Lo Shu Square Yin and Yang numbers alternate around its center number 5.

The numbers in the Lo Shu Square are considered to have specific properties and carry the expression of specific energies. For example, number 9 carries a strong fire feng shui element energy, while number 1 is an expression of the water element. In feng shui, they are called “stars” and they have a predicted pattern to their movement.

In the flying stars school of feng shui (Xuan Kong), the movement of stars is chartered each year in order to define the movement of specific energies, both positive and negative. Knowing this pattern, one can create a balanced feng shui environment. It is on the dynamic of the Lo Shu Square that the annual feng shui updates are based upon. 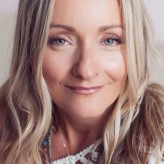